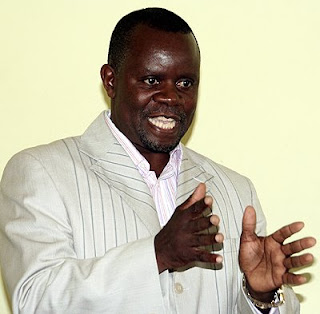 Police sources have told the Watchdog that the man who swindled Dunamis Centre senior Pastor Dan Pule out of US$62,000 has an ongoing theft court case involving K.3 billion and forging of a judge’ signature.

Sources have named the suspect as Morgan Banda who stays somewhere in Lusaka’s Ibex Hill Residential area and drives a GMC Chevrolet among other expensive cars.

In the case in court, Banda is alleged to have sold property using a forged signature of Supreme Court Judge, Justice Lombe Chibesakunda.

In the Dan Pule scam Banda and his collegues allegedly sold Pule  him fake gold pieces.

The suspects have since been arrested with thousands of fake gold stones and are currently in custody.
Police spokesperson, Bonnie Kapeso said the fake stones that Dr Pule bought were put in a safe but when he organised other pastors to pray with him for the stones, the safe exploded.

He said when the safe exploded, pastors scampered in fear after they saw things that appeared like witchcraft ornaments on top of the fake stones.

Mr Kapeso said the conmen were using an American GMC Suburban motor vehicle, registration number ABJ 3635 to hoodwink the would-be customers into thinking that they were genuine businesspersons.
Mr Kapeso said the same conmen also attempted to sell more fake stones to two foreign nationals but the transaction could not take place.